Automation Testing moves at the speed of light, as the technological trend and applications are influenced by the ever-evolving change of the information technology market.

After years of development and enhancement, the current pool of automation testing tools is now considered the pathway to success in the journey of transforming from manual to automation.

Automation tools are the destination for businesses and firms to come to for the optimal solution.

You must have been familiar with How to do automation testing. But do you really know the nature of them, such as their categories, price range, etc.? With this pace of development within the market, automation tools can be divided into 3 categories as follow:

Open-source tools are the most common type for many firms and businesses to implement their automation testing process.

For general utility, open-source tools allow quick access and viability for customization of an advanced test case. Hence, the use of an open-source tool requires SDETs (Software Development Engineering Testers) to have a programming background to deliberately customize the source code according to the specification of the project.

Note: Open-source tools for automation are free. In contrast, the cost of training and hiring adequate automation testing engineers is much higher than that of manual testing.

Commercial automation tools, or vendor-source tools – are one other option for automation tools. With purchase through a monthly or annual subscription, you get access to premium features of these tools

One fine example of these features is the customer-centric service. If you encounter any problem during your time with the tool, full support 24/7 with a dedicated team will be at your service.

No doubt open-source and vendor-source automation tools are the most popular ones, with a percentage of the utility of more than 80% of the market. Nevertheless, they are not always the answer, especially for niche projects.

How to Choose the Best-Fit Automation Tool?

Despite being spoilt for ubiquitous choices of automation tools, businesses can follow these 5 following steps to come up with the strategic tools best fit for your firm.

A thorough understanding of the project requirements acts as the foundation for any further development of that project, including the automation testing process.

With the undeniable improvement and enhancement of automation testing, the scope and scale of the tests and projects require minute details to alleviate the test results and proficiency throughout the operation of the testing team.

The checklist of what to be clarified includes:

Having sorted out the checklists of project specification, businesses can indicate a strategic business analysis to put into an official project requirement. Only with the clarification of every single detail can the chosen tool integrate seamlessly with the project/application.

For any business, the ultimate target is to gain as much revenue as possible. In other words, a positive ROI for your business, in the long run, is the utmost important goal.

Fascinating as it is, not every firm is willingly ready to invest such a big amount of capital with no ROI in the near future.

With the detailed plan of the expenses and infrastructure for an automation testing lab, product owner or higher-level executive can have a grasp of how the whole testing process will operate with the given revenue. Hence, the decision on what tool to be implemented will be more cost-effective and proficient.

3. Determine the available skills of SDET and the programming languages

The inroads of automation testing take huge effort and knowledge of programming languages and other technical skills. 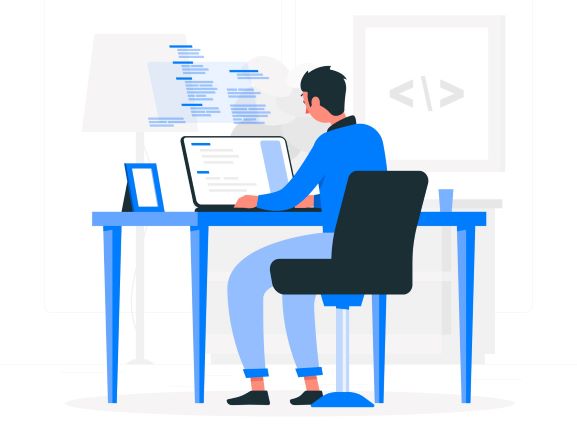 For usable and sustainable test scripts, automation testers are obligated to write code that conforms to the designated quality standards of the project. Along with this, it is also quite important to deliver test scripts that are both efficient and comprehensible, even for newbie testers.

This could help in automation training and maintenance for later.

Supported platforms of the project are to be clarified as for each different platform, there are different tools to optimize the testing process.

For example, Selenium is an open-source framework to perform web testing; Kobiton specializes in Mobile and IoT Continuous Testing; Ranorex is for desktop applications.

Regarding cross-browser compatibility, testers have to consider these features:

Distinct from manual testing, automation testing process demands for high skills in the use of programming languages, not to mention other aspects in the course of technology.

With automation testing tools, the project leaders have to dig through the functions and performance of those available to come up with the most suitable lists of tools for your project. The services provided within the market of automation testing tools have diverse choices for clients. You can experience one’s core features in trial and then decide whether it’s worth your investment.

Check out: Top 10 Trusted Automation Testing Tools for Your Business

The technical aspects of any automation tools include:

By putting a direct effect on the reusability of the test scripts, the automation testing team can save a lot of time when facing similar test cases.

A significant factor that escalates the total cost for test automation is script maintenance. Pre-written scripts in automation testing are fragile by nature. The ideal automation tool should come with capabilities to reduce such effort, such as eliminating object locator flakiness. On the other hand, script reusability saves you and the team a great deal of time for similar test cases as you can reuse test scripts.

No matter what your scale and what aspects to be tested in your product, you have to follow through the 5 steps above to catch the essence and the core of your automation testing process. You can either figure this out with your BA and developer team or you can come to experts in the field for a thorough analysis of what tool to be implemented.

If you want to hear from our professional staff of the Testing Industry, don’t hesitate to Contact us for detailed consultation.